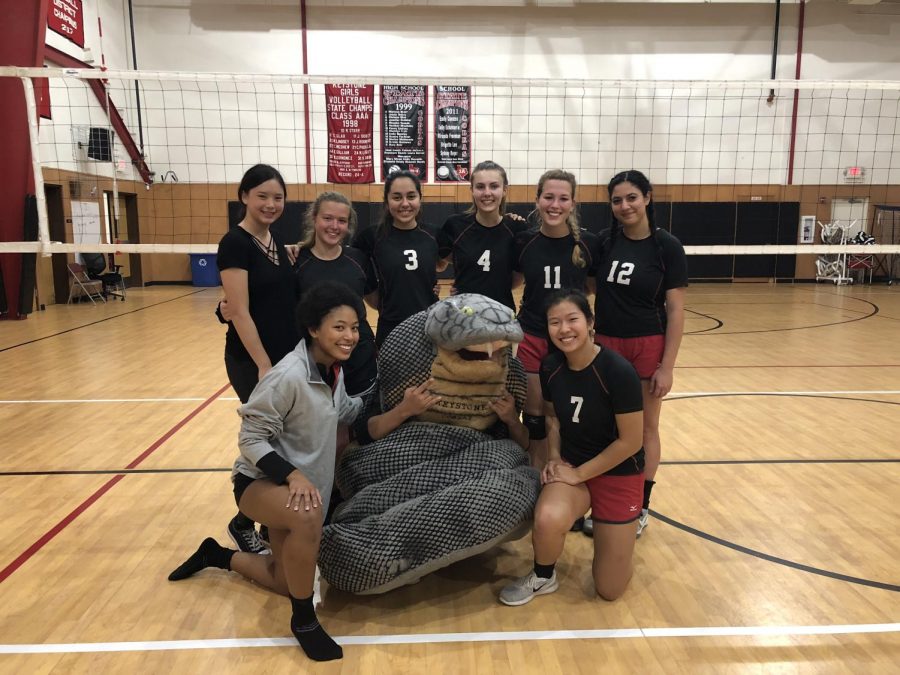 Keystone’s volleyball team  (consisting of seniors Maysoon Tirhi, Madison Metzger and Jackie Pavlovsky; juniors Bella Sullivan, Beril Saygin, Stephanie Rao, and Abby Parker; and freshman Gabi Sullivan) didn’t let the size of their team hinder their performance, starting the year in stride by winning several pre-district games and the Silver consolation bracket at the New Braunfels Christian Academy/SACS tournament, a notoriously different competition. The Cobras met similar competition in districts this year as they’ve seen in the past. Celebrating hard-earned victories, while also facing tough losses together, has allowed the volleyball girls to work hard and to play for each other, a mindset not easily easily cultivated. The varsity team had 468 spikes this season, with B. Sullivan (setter) leading with an impressive .352 hitting average (117 spikes/ 256 attempts). Her sister, G. Sullivan (setter), sustained the only injury during the season, tearing two ligaments in her ankle, consequently putting her out for the rest of districts. The volleyball team landed safely in third place (4-4) at the end of districts, sliding into playoffs.  In a three set thriller, the team lost their October 25th playoff game against Woodlands Legacy Christian Prep in Houston, concluding a solid season for the Cobras.