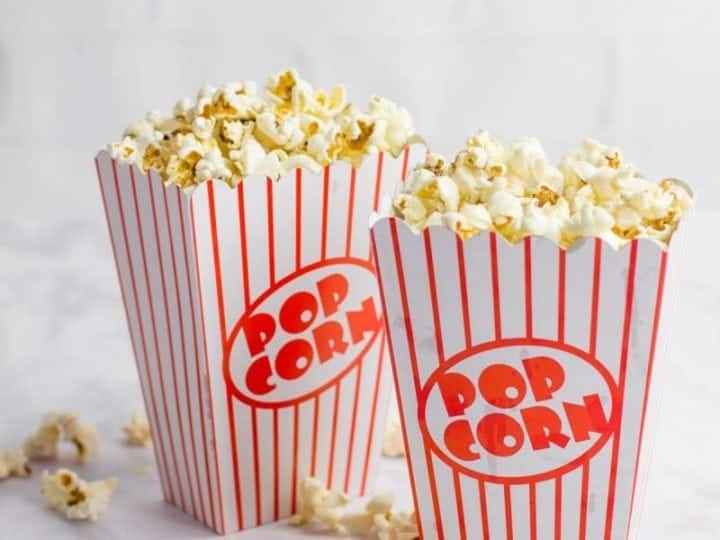 First, movie theaters charge three times the price that a movie costs on Amazon or Netflix. I recently went with my friend to a movie theater, and our total cost of two tickets was $26. Most movies are around $3-7 to rent and between $8-17 to buy. We were disappointed that most of our money was used up on expensive movie tickets when it could have been used for something more interesting, such as playing some arcade games.

Another issue with movie theaters is the overpriced food. For example, while a grocery store sells popcorn for $2.00, theatres charge $7.00 for a small popcorn, not including “toppings” on the popcorn, like caramel or cheese or butter. We resignedly ordered an $8.00 medium popcorn despite knowing we could buy the same at the grocery for $5.00.

The worst part about movie theaters is the number of advertisements and previews preceding the movie. Our movie was supposed to start at 9:30, but instead, we had to sit through several ads and wait until 10:00 for the movie to start. Furthermore, at theaters, there are several other people; consequently, once the movie started, there were people walking up and down the aisles, and it was difficult to concentrate on the movie when people were moving right in front of us and being loud.

Overall, movie theaters are good when they are not trying to overcharge you and when there are not too many people in them. While I enjoy the experience of sitting in nice reclining seats and having myriads of food to choose from, the number of available movies and non-expensive food was limited. I would go to a movie theater again, but I would like to see these changes so that I have a better experience.