The Science of Metal Screaming (Part I) 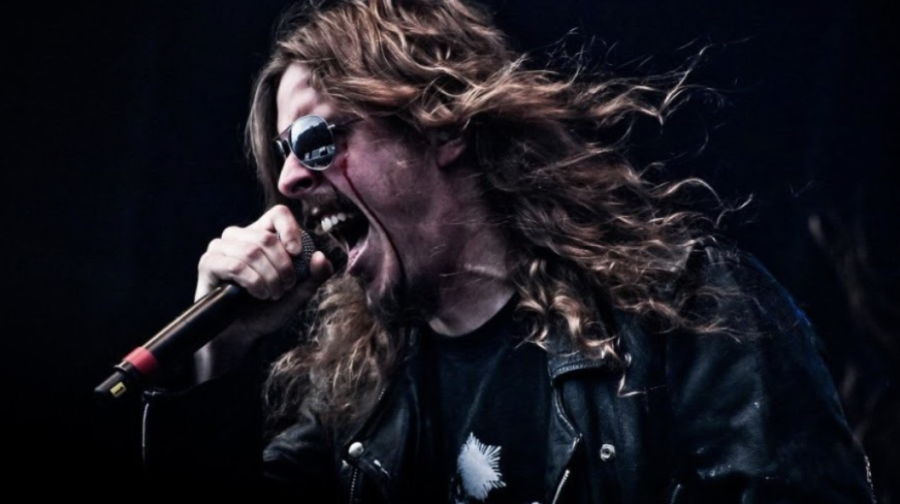 Recently, science has shown that extreme metal vocalists and extreme metal gatekeepers have one thing in common: they’re babies. And while gatekeepers are babies for crying over which bands are “true metal” or not, harsh vocalists use similar techniques to infants to help keep screaming damage to a minimum. And no, their shared secret is not making pacts with Satan. It’s the fact that their vocal cords never collide.

(First, let’s get a misconception out of the way. Extreme metal is not mindless noise. No matter how much you may dislike it, it follows rhythms and uses tempo, time signatures, and tonality/atonality. Most importantly to this article, metal vocalists do not just scream out their lungs.)

They don’t scream in a conventional sense either; that would be immensely painful. To the untrained ear, it seems surprising that bands with exclusively screamed vocals can perform for decades. But metal vocals, if done correctly, are not supposed to hurt or irritate at all. According to Krzystof Izdebski of the Pacific Voice and Speech Foundation, “…a baby has all the sounds…scream, growl…inhalation…high pitch, whistle, and low pitch. We learn from the beginning. We have [these techniques] and…somehow lose [them.]” Not harsh vocalists.

Why? We have two sets of vocal cords; first, the normal vocal cords, folds of tissue in the throat that we use to speak and sing conventionally. Second, we have the false (or ventricular) cords, a thick fold of mucous membrane which “have a minimal role in normal phonation.” These are located above the normal vocal cords. In his study, Izdebski explains that with harsh vocals, the “aryepiglottic folds, arachnoids, [and] epiglottis… clap and dance… creat[ing] vibrations and acoustic orchestration.” In other words, turbulence passes through the not-colliding false cords and creates the variety of sounds you hear on death metal records. This is enhanced through proper use of vocal fry, the lowest, roughest-sounding part of your vocal range. (For example, if you sigh in annoyance low enough, the somewhat phlegmy sound under your voice is from vocal fry.) If you can harness vocal fry and false cords, you’re on the right track. Then you can cultivate your own sound by learning different techniques. Without further ado, I present…

Aside: Although plenty of good metal bands use singing, this will only be about harsh vocals.

Low Growls: Sometimes referred to as “Cookie Monster vocals” or “death growls,” this is a pretty common vocal style in all of death metal. It’s low, brutal, and effective. There’s a joke in the metal community that the more incomprehensible vocals are, the less you want to understand what they’re saying because the lyrics are expectedly vile. Hence, growl pronunciation is optional, and many vocalists, especially in brutal death metal and “slam” metal, take it to a ridiculous extreme.

Variation mainly depends on how much you enunciate. Clarity ranges from Mikael Åkerfeldt (Opeth), who sounds like a sinister, ethereal force of nature, to Antti Boman (Demilich), who produces the dulcet sounds of a demonic pig oinking. Both require lots of practice and talent. To achieve something like this sound, push your jaw out (and bend your head down for extra help), make an exaggerated “O” shape with your mouth, and expel air with low vocal fry through your now-vibrating false cords. Note that none of this should hurt in the slightest! It should feel mildly fluttery or tingly.

Mid Range Growls: These are probably the most understandable kind of vocals, generally produced in the same way as low growls. You should over-enunciate vowels and over-pronounce words for these. This should resemble more forcefully shouting with vocal fry. The most well-known examples are Joe Duplantier (Gojira) (in most of his non-melodic screams) or Randy Blythe (Lamb of God). This kind of scream is used in most genres, especially metalcore and groove metal.

Raspy/High Screams: These are raw-sounding and generally harder than growls. Many of metal’s pioneering vocalists and musicians used this technique. Vocalist Chuck Schuldiner from the first death metal band Death uses a raspy, pronounced sound on most of his albums, as does Quorthon from the first black metal band Bathory. Most are accomplished by snarling nasally with vocal fry, making your voice really breathy and shrieky, and exhaling through your diaphragm.

Phlegm in the back or bottom of your throat helps. Black metal, a Scandinavia-based genre most (and not too unfairly) associated with Satanism and chaos, uses this often. Fittingly, it’s also easier to hurt your voice by doing high screams, but as I’ve stated before, the dark lord will not let your voice be damaged when singing his devotional music.

Sing-Screaming: Melodic screaming with a distinct pitch is extremely difficult, and relatively rare compared to the other types of screams. I haven’t figured out how to do this kind of scream, but from what I can tell, you need to be a skilled singer first and then add layers of fry from your false cords to change the sound. Sing-screams usually sound epic and climactic. Its most well-known users are Devin Townsend (solo projects, Strapping Young Lad), Joe Duplantier (Gojira), and Travis Ryan (Cattle Decapitation.)

So why would you even want to learn this?

You can sing lovely death metal tunes in the shower.
When a dog growls at you, you can growl back.
You can practice in your neighborhood and the elderly will look at you like you need an exorcism.
The dark lord shall smile upon you.
You can attract other metalheads by giving them their mating call.
It’s fun, helps you enunciate, can build confidence, and is rewarding.

In conclusion, while extreme metal may be a genre overlooked or reviled by many, it has some of the most dedicated, experimental, technically skilled, and unique vocalists in music.

Next, check out Part II of this article.