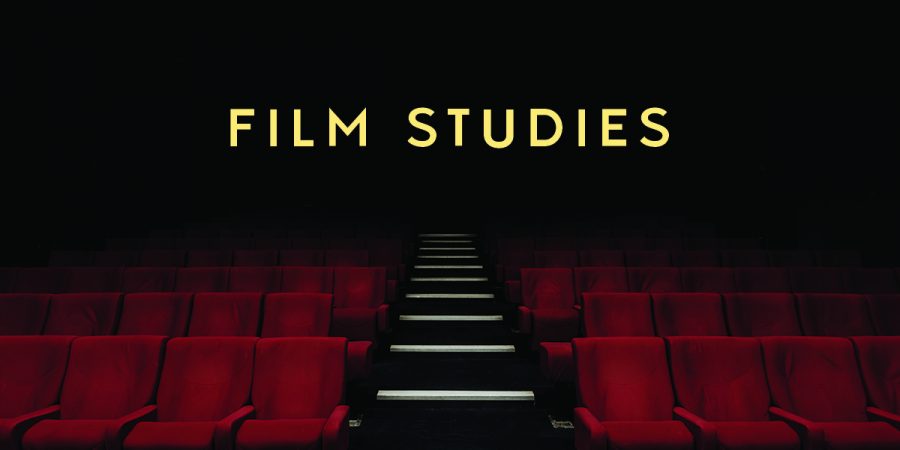 One of the highlights of my past year has been Upper School Film Studies. Whether in distance learning, where I could switch off my camera and get back underneath my heated blanket, or in person, where I can whisper questions to Kaitlin in front of the big screen, Film Studies is a respite in the fast-pace of my day. I have been exposed to new movies and watched old-time favorites, been moved to tears by Sophie’s Choice and enjoyed the nostalgia of Singin’ in the Rain. We’ve watched mostly in chronological order, starting with Charlie Chaplin and now approaching the 2010s, pausing to contrast two films or analyze one’s characters and themes, historical impact, or directorial style. Below I have provided an incomplete, yet spoilers-free, list of films we have watched, including some commentary on my favorites.

Exploring the themes of humanity versus industry and class conflict, Lang’s masterpiece reminded me of the vertical class struggle apparent in The Platform, directed by Galder Gaztelu-Urrutia, Parasite, directed by Bong Joon-ho, and Sorry to Bother You, directed by Boots Riley. Metropolis is set in the inventive dystopia of an underground city of the oppressed lower class, and the film follows the forbidden love of Freder, the city master’s son, and Maria, a lower-class girl. Watch if you are interested in pioneering special effects and set design.

Tennessee Williams’ A Streetcar Named Desire is an empathetic portrayal of one woman’s descent—not entirely of her own accord—into madness and immorality. When Blanche DuBois moves to New Orleans to live with her sister, Stella, her upper-class attitude clashes with Stanley Kowalski’s, Stella’s husband. Watch if you enjoy character-driven dramas or mysteries, love young Marlon Brando, or would like to know where “Stella-a-a-a!” comes from.

A Raisin in the Sun follows the Youngers, a Black family living in Chicago’s south side, as they navigate competing dreams in a world pitted against them. Focusing on the balance between individuality and family unity and adapted from Lorraine Hansberry’s play, this film is sure to stay with its audience long after its end. Watching the film helped to prepare me for my reading of the play in my senior English class, and the similarities between the two prove how excellently the acting and directorial choices tailored it for the screen. Watch if you enjoy a thought-provoking balance between humor and drama, are planning to read the play, or appreciate dynamic portrayals of familial relationships.

If you’ve ever taken Dr. Caraway’s AP European History class or played on the Keystone Softball team, this movie needs no introduction. A satire of the Cold War, Dr. Strangelove is a film about the aftermath of a nuclear attack accidentally launched against the Soviet Union. It is truly comedic genius, and Peter Sellers stars as not one, not two, but three central characters. “Well, listen, how do you think I feel about it? Can you imagine how I feel about it, Dimitri?” remains one of the funniest lines I’ve ever heard. Watch if you want to understand Dr. Caraway’s references, enjoy dark comedies, or just feel like laughing at the human race.

An adaptation of one of my favorite books, The Silence of the Lambs is a movie I never tire of. The movie is fast-paced and electric, with Jodie Foster’s portrayal of Clarice Starling, a rookie FBI agent swept into the hunt for a serial killer, as the crowning jewel. If possible, I would absolutely recommend reading the book prior to watching the film, for it provides an in-depth analysis of Clarice’s character.  Watch if you are interested in the origins of Clarice as a feminist icon or would like to see a thrilling performance by Anthony Hopkins.

Following a U.S Army bomb disposal unit in Iraq, The Hurt Locker is, to put it lightly, a stressful movie. I have incredibly mixed feelings about the film, for I think it falls short when it comes to a necessary resolution and character arc. It is still a must-watch, though, at least for the cinematography. Watch if you are a war-movie buff who favors action in place of character development.