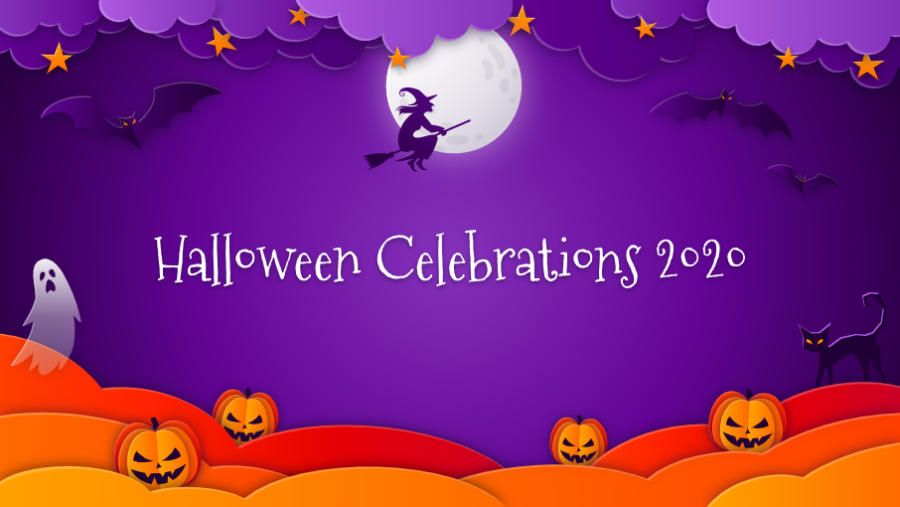 Halloween. A day all high school students gather together for a series of activities, such as scooter-racing, three-legged races, and donut-eating, and compete for Spirit War points. However, while the school is in hybrid mode and practicing social distancing, activities such as these are simply unfeasible. Therefore, the Student Council came together to design a new, at-home, Halloween-themed competition.

The Skit: Like every year, each grade had to create a short skit on whatever they’d like. Unlike past years, however, this year did not require all students to participate in the skit. The skits this year ranged from the popular video game Among Us in real life to a drama about online school to an American history lesson. However, the grade who won first place was the seniors: they created a fictional murder story taking place in Dr. Caraway’s Zoom room. It was an exhilarating experience, and I was on the edge of my seat in anticipation as the seniors were “murdered” by a mysterious person on Zoom. It was really well made.

Cake Competition: The cake competition continued as normal, but grades were allowed to send multiple cakes per grade. The results reflected the talent of Keystone High School: cakes ranged from triple-layered to one-layered, with haunted houses, Trick-or-Treat baskets, poison apples, Among Us characters, and generally horrifying yet elegant cakes. However, winning this competition was the sophomores, submitting a total of five cakes. Of those, two truly stood out to me: first, one cake had a detailed heart on the top, with a knife stabbing it and red frosting staining the traditional white cake. The detail of the heart blew my mind. Second, the sophomores submitted another cake stabbed by a knife and decorated with blood-like frosting, but this cake included fruit-loop-looking cereal, and it truly won my heart with its cleverly selected name: “Cereal Killer.”

Costume: While dressing up has been a traditional Keystone tradition for some, I don’t recall a formalized costume competition. Despite the virus, this year’s costumes didn’t disappoint, with costumes imitating John Wick, Egirl Applebee’s, Goth iHop, Tomboy Outback, One Direction, and Steve Irwin and crocodile. Winning this category, however, were the seniors, with two individual costumes and one team costume. Of the individual costumes, one took seven months to create! That dedication is truly admirable and resulted in an awesome end product. The second individual costume struck the balance of horror and elegance to intensify its creepiness. Finally, there was a group costume with three seniors, dressed as a duck, cow, and owl.

When the overall results came out, the sophomores beat seniors by a single point, with juniors coming in third followed by the freshmen. As of now, the overall, year-round Spirit War ranking are seniors, sophomores, juniors, and freshmen. Way to go, seniors!