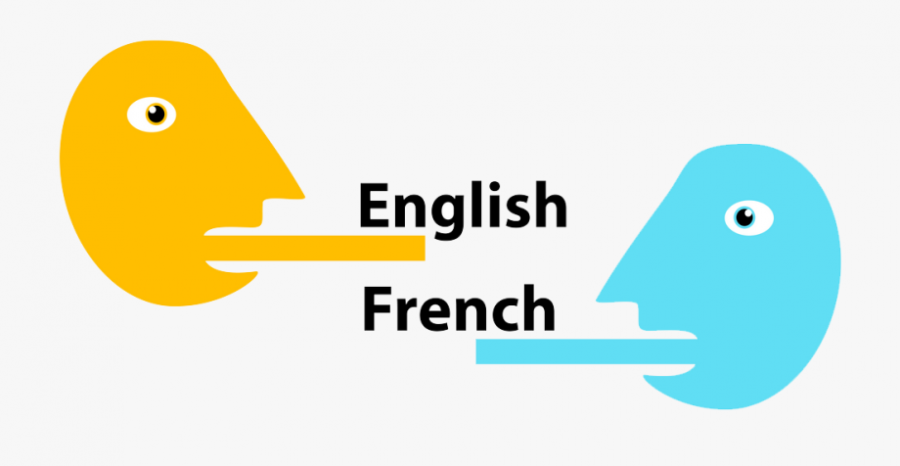 Languages are often a mix of many different roots and influences: the origins and paths of words can be traced back to muddled beginnings in ancient tongues, and many languages share ‘ancestors’ with others. While French and English have slightly different foundations, they’ve developed and grown together. This exchange is evident in shared words and phrases: for example, the English word, “difficult” and the French word, “difficile,” not only have the same meaning, but sound and are spelt similarly too. This adoption of words, however, has not slowed even as empires have settled down and conquest has largely stopped. Instead, the process roots in industry, spreading as new people come up with new words for new things. And whenever these new words are taken and used by another language, they’re dubbed ‘loanwords’ — they keep their original form and are simply integrated into daily life. But the question is: does an increased use of loanwords harm a country, or is it natural? Should France continue using and adopting English loanwords?

English is an internationally used language, and most new technologies are dubbed through the English medium before entering other languages. Typically, as a new product or idea comes out, there is an English word for it. That word’s evolution to the French language typically takes time for the Academy to create. When a term for a new item or idea already exists, many people, especially the youth, tend to use the English form prior to its introduction to the French language. For example, the word for “smartphone” in French is now “phone futé” or “phone connecté.” Despite the change, however, the word “smartphone” is still the commonly used word to describe smartphones in France. Sometimes, even if the Academy creates new words for new languages, the words aren’t changed at all.

Sometimes, the French can have a tendency to be stubborn: they believe in creating authentic words that are contrasting from English. In reality, the French culture can survive with the influx of English words as many cultures have in the past. Remember that languages build off of each other: in an increasingly connected world, communication is vital. In essence, a language is born for communication, not for a specific culture. The cultural pride one has for their language is a result of languages forming in different regions; however, the languages were built for ease of communication between the inhabitants. Even if French adopts English words, it will still be, in essence, French. The structure and original words will still stay French; the only aspect that changes is the introduction of a new set of modern vocabulary. French as a language should be able to adapt to the new technologies and words rather than remaining rigid. 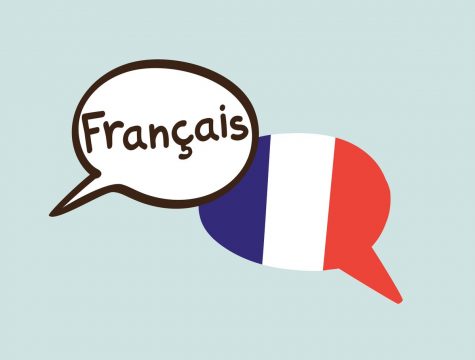 French is often regarded as the most beautiful language in the world, spoken officially in 29 countries across the globe and earning the title of sixth most widely spoken language in the world. The number of French speakers is expected to more than double by 2050 (with approximately 300 million current speakers), and the language itself is continuing to grow and evolve as well. That means more words, more phrases, and an increased spread of dialects. Unfortunately, it also means a surge in the adoption of English vocabulary into the French dictionary.

While the occasional addition is more than welcome, seeing as France is a language built with a blend of English, Arabic, Turkish, and even various African dialects, the sudden flood of English words is too much. ‘Franglais’ has become so common (in slang, among the youth, on social media platforms, and even for government officials) that it is damaging the French language and its grammatical structures.

The increasingly common use of English words in French phrases is largely due to ‘linguistic laziness.’ English syntax is more straightforward and concise than its French counterpart, and the younger generations are taking advantage of its ease. Common phrases use spliced English such as, “faire un coming-out,” or “une séance de brainstorming,” and newer French verbs are simply English with ‘-er’ tacked on to their ends (“liker,” “retweeter,” and “googliser,” just to name a few). While the new words are snappier and perhaps more easily remembered, they are also unnecessary shortcuts that lead to mangled French syntax with no other justification aside from convenience.

While we could sit around and argue about how France shouldn’t stay stubbornly grounded in the past and that this is the way evolution works, it’s not as if there’s no change, no adaptation: there is a group of people (called the Academy) dedicated to the maintenance of the French language, allowing it to rebound and evolve as times change. The members are often tasked with creating good French equivalents to popular foreign words, and one of the best successes was with the walkman. The portable music device became wildly popular when it was introduced in France, and for some time, it was called solely by its English market name (the walkman). After some thought and research, however, the Academy crafted a name containing clever wordplay (baladeur, comprised of “balader” (to stroll) and “ballade” (the poem or song)). The new term was quickly adopted and is now how francophones refer to walkmen in everyday conversation.

So the bottom line is this: there is a way for everyone to win. France can stay advanced and ‘with the times’, while still maintaining linguistic integrity. Therefore, France (and French-speaking countries) should no longer facilitate such widespread use of English loanwords, and instead, work on keeping the language quintessentially French in both grammar and vocabulary.