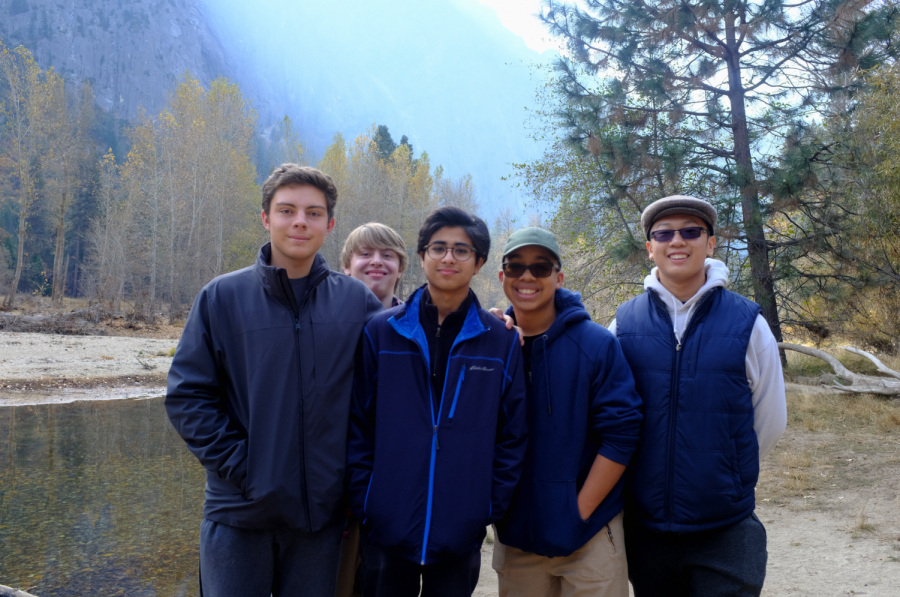 In mid-November, the sophomore class made the journey to one of the most visited national parks in the country, Yosemite National Park in Northern California. The park houses about four hundred animal species and three times that of plant species. The group did many activities on the trip from hunting the other sophomores at night in the forest to squeezing through a cave (also in the dark) using the directions from the person only in front of you was giving. There were also some things that were noticeably NOT in the dark, such as standing at the top of a fire lookout and taking in the beautiful landscape. With that said, let’s jump into a few of the class’s favorite moments.

When I asked the class for their favorite moments, one person chose the Spider Caves. Personally, I would also choose the Spider Caves. As described by Tim Castillo, “[The cave was] pitch black and full of screeching children.” Well put, Tim. On top of that, the caves were also cold, narrow, and pointy in some areas. The journey through the caves was decided by the person in front of you, who was tasked with giving you directions and warnings. A successful trip through the cave required trust in others.

Another person responded that her favorite part was the talent show. The show took place in the cozy dining hall on a cool evening. It was amazing to see what people could do that you might not have known before. With Mr. Nydegger as the guest host, there was never a dull moment. Acts ranged from singing and rapping to acting intentionally cringy and doing awesome Tai Chi. One of the coolest acts was when Ciarenn played his ukulele and sang at the same time. It was really awesome!

A good part of the last full day of the trip was spent on what was named the “Challenge Hike.” The hikes for each group were longer and more strenuous than before, but by trudging through more terrain, we could capture more beautiful sights. Most of the hikes involved some type of uphill trek, providing us with amazing elevated views. On their journey, one group even saw a bobcat and a black bear mother with her cub. As brought up by a few people, the only downside of the hikes was the fact that the grade was split into “adventure groups” rather than sticking together.

On the last night, most of the grade (sadly, some people had gotten sick) came together for a campfire. It was a time to share memories from the trip and, of course, eat s’mores and killer molasses cookies. There was a price, however, since the educators required  us to state a fact learned on the trip before making a s’more (Did you know that sugar pines produce the longest pinecones?). That didn’t make it any less tasty or fun, though.

All in all, the trip to Yosemite was an unforgettable experience. As described by Derek Wong, “It’s so soothing and an escape for us city dwellers.” The awesome landscape was bathed in so many shades of color and dotted with trees, old and young. One of the best things about the trip was the ability to think and live in a way that was not the same as at school. Allison Wu captures this idea perfectly with her statement:

Every day we use our eyes to see everything around us because we can only rely on that to get us through the halls or complete our daily homework. But in Yosemite, we used our ears to hear the soft chirps or cracks of branches, we used our mouth to feel the sharp cold of the wind and the particles in the air, and we used our nose to smell the sequoia or feel the burn of the wind passing through the nostrils. Not only did Yosemite give us an experience, it also gave us an opportunity to be more animalistic, to be more human, and to feel our way through the environment of our ancestors.”

That’s some serious insight and talent.